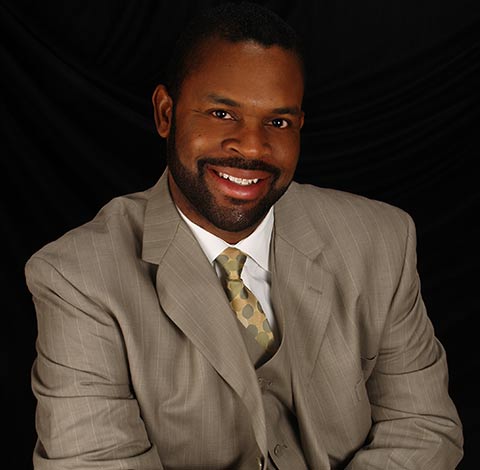 Born and raised in Raleigh, North Carolina, Waymond Burton had no idea when he was spending his summers in Greenville, South Carolina with his grandparents, that his life's assignment would ultimately bring him back there. Unknowingly to him, God would use his unique upbringing to shape not just his future, but his ministry.

Pastor Burton grew up in the home of Bishop Waymond and Pastor Jackie Burton, founders and pastors of Zina Christian Center in Raleigh. Not yet pastors at the time, he was a witness to the transformation the Holy Spirit made in the lives of his parents while a child. They did not just go to church for a social gathering, but they went to receive instruction from the Word of God that would help them in their daily living. Whenever he has the opportunity to introduce his father, he makes a point to inform the audience that his father led him to Christ at home. What an awesome testimony! At the age of 12 he was ministering salvation to his friends in the neighborhood and inviting them to church. As he grew in the knowledge of the Lord, his heart for ministry was obvious.

Pastor Burton's ministry began on the campus of East Carolina University in Greenville, North Carolina as he took the helm of the ECU Christian Fellowship. The highs and the lows of working with a diverse group of people were a priceless training ground for his future assignment. Even as he oversaw this campus ministry he remained accountable to his pastor at the time and was later licensed and ordained by Bread from Heaven Bible Institute under Dr. Mack Timberlake, Jr. It was then and continues to be important to Pastor Burton that he operate in order and with the blessing of his spiritual father, Bishop Waymond Burton, Jr., who also happens to be his natural father. It was Bishop Burton who sent him to Greenville and installed him as pastor of Water of Life.

Upon the move to Greenville in 1998 with the blessing of his parents and support of his new wife, Pastor Burton's bold, straightforward, no nonsense yet easy to understand approach to teaching the Word of God began to draw people who may have been in church all their lives, but felt as though they had learned nothing. After over a decade of pastoring, the epidemic of fatherlessness, as he calls it, became increasingly close to his heart. Many young men and older men struggle to be the husbands and fathers God has called them to be because they have not had an example to follow. He encourages these men to seek first the example of Father God then find a faithful man to watch and to allow themselves to be mentored by in order that they may truly fulfill their assignment.

Today, having been in ministry and for over 25 years, and mentored by men and women of God for over 30 years, Pastor Burton's assignment is clear. His desire is to see God's people not just operate in their calling but do so with the proper mentorship and the blessing of a spiritual father. He has had many opportunities to minister and train ministers here in the United States as well as in Africa. In 2010, his years of experience teaching and training ministers led to the writing of his first book, Ministry Training School: A Manual for Ministers in Training. In 2012, Pastor Burton authored his second book, What is a Good Man? His third book, The Law of Honor will be released in late 2014.

In addition to golf and paintball, Pastor Burton loves to play games, ride bikes and watch movies with his family. Since 1997, Pastor Burton has been married to his partner in life and ministry, Camille. They have a son and a daughter, Josiah Louis and Jadyn Liana-Joy.